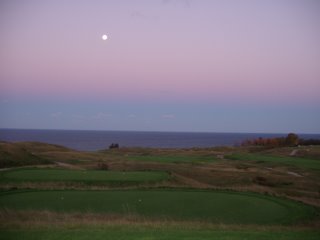 What’s the buzz this week?

Nick Faldo says it won’t be fun being paired with Tiger Woods for two days after criticizing him from the broadcast booth.

My Golf Observer colleague Art Spander discusses biscuit brown – the color of the links course fairways we see at the Open.

Here’s a hole by hole breakdown of Royal Liverpool (Hoylake to locals).

Oh, and here’s my two cents. The wind will NOT kick up all that badly and scores will be low. The par-5 finishing hole (normally the short par-5 16th hole, but now the 18th due to the re-routing) will yield some eagles for the finishers. Yes, the internal OB will snare a few unwary and unlucky, but look for more red here than at a St. Louis Cardinals home game.

So, here are the storylines from the reporters on site.

1. How well will Phil recover from the horror at Winged Foot? Phil arrived a week early after another lackluster performance in Chicago. But we are at Royal Liverpool, not Medinah (yet) and Phil has definitely got a good game plan going in, but is it enough to overcome a course not only foreign to him, but everyone on the field. Also, how hard will the UK reporters grill Phil? Peter Alliss commented during the Western Open that Bones Mackay had gone into to the media tent to have a heart to heart chat with one reporter who asked some sharply pointed questions and noted the British press might retaliate. The colorful Alliss, still in top form despite being well into his golden years then quipped “As the actress said to the Bishop, you’re making it hard on yourself.” Result? Top 5, but no win.

2. What about Colin Montgomerie? He proved at Winged Foot he can still be a factor being at or near the lead all the way to 18. If there is a player on the field who knows Hoylake, it’s Monty. But with the course being dialed down a notch and the other players in the field not having the “restrictor plate” of 20 yard fairways and six inch rough, will he be able to put the hammer down and cross the finish line like a charging thoroughbred instead of lurking and sneaking one under the wire? Result? Another love in form the fans, another solid showing, but no Claret Jug barring some extraordinary good fortune.

3. Will Tiger continue his charge from Chicago? This is the $64 question. Tiger is the Bobby Jones of his generation and Jones won here in 1930. Tiger does not know the course as well as other major venues and will have to dial things down a notch necause of the driving accuracy Hoylake demands. Of course, the bottom line is if Tiger putts well he wins. Moreover, he has two days to humiliate Nick Faldo for comments Faldo made On TV and you KNOW the grudge-holding Woods is longing for payback big time. If Tiger leads after day 1, he wins.

4. What about Geoff Ogilvy? Watch out. Geoff is playing well, bouyed by his U.S. Open win and with a breakout year in progress, he may channel his inner Bobby Jones and match Jones’ feat of winning at both Hoylake and Winged Foot. Result? Don’t be surprised to see him finish top 3.

5. Who is the sleeper pick?

A) Vijay Singh. He has the length and calm demeanor under pressure. He plays well pretty much everywhere – especially venues the pros have not played (Sahalee, Whistling Straits). If he putts well, he can keep pace with Tiger and sure as hell isn’t afraid of him.

B) Jim Furyk. Steady Eddie is playing well. He’s won a major before. He’s cool under pressure and the greens here are nowhere near as contoured as Winged Foot. Ride the Jim car to a top 5 finsh, maybe even a win.

C) Watch the leaderboard have an international field. Thomas Bjorn, Gary Evans, David Howell, Darren Clarke, some French guy (pick ’em), Jesper Parnevik, any of the South Africans. Why are we alwats surprised at all the unusual flags such as Denmark, Norway, Sweden and even Asia? With the exception of Todd Hamilton, Americans are nowhere near as well versed in links golf as we should be and it shows at the Open Championship. Maybe we ought to add Bandon Dunes and Friar’s Head and other ground game courses to the yearly rotation instead of TPC Boring Hills, Cialis Creek (that’s Geoff Shackelford’s name for new gimcracks that the tour uses to sell real estate and big name architects) and Casino Course in Dumpsville by Tom Fazio.

Anyway, watch out for David Duval, Shaun Micheel and Todd Hamilton to have good weeks too.

If you insist on my picking someone, no I won’t. Instead, I turned it over to our Chief of Security – Ernesto the Iguana (yes, that’s the Iguana’s name – Ernesto…) Ernesto picked Tiger Woods, but his methods are less scientific for picking winners than they are for keeping nutjob critics away from me.

Anyway, photo op of the day: Moonset over Arcadia Bluffs in Northern Michigan.